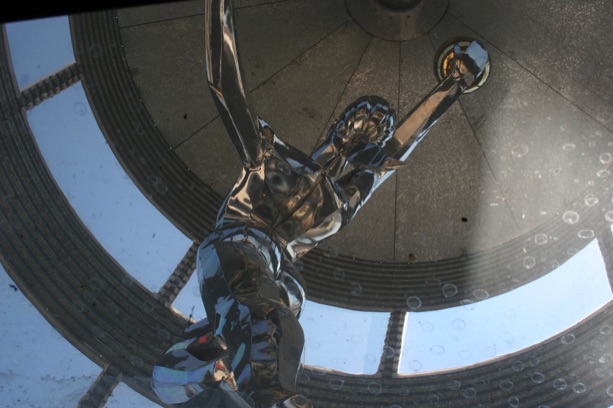 In this rich area of the Argolic plain, surrounded by amazing attractions including Mykines, Ireon, Midea and Dendra, there is something entirely different. And something you should take the time to visit when being in the area: Silo Art Factory.

Outside you will meet the Trojan horse. Well, obviously not the original one, this one Silo’s artistic owner Stelios Maragos built with his own hands fairly recently, and if you are impressed by the size - he has started to build a much, much larger one (2013).

Here is a brief description of the horse's original story, skip to the next paragraph if you know it. Helena, who was considered the most beautiful woman in the world, was married to Prince Menelaus of Mykines. Helena was abducted to Troy by Paris, the prince of Troy. At this time, Menelaus' father was the most powerful man in "Greece", so this was a violent provocation. Odysseus was manipulated to lead the war against the Trojans by Palamedes, and it was, as we know from the Odyssey, a long war. The Greeks besieged Troy for nine years, but in the end it looked like they would lose the war. So Odysseus had a brilliant idea: they should build a gigantic horse, fill it with Greek soldiers, pretending that they left town but give the horse as a peace gift. He knew that the Trojans saw the horse as a sacred animal, and just as he had expected, the Trojans dragged the horse from the beach and within the city walls. Whereupon the soldiers jumped out, won the battle, the war, and Troy. Historians do not know how much of this is a fact, myth or allegory, but it is described in both the Odyssey and the Iliad. Anyway, the Trojan horse is thus now, in a new edition, at Silo.

But there are so much more than a gigantic horse here. Like a small cafeteria, a really happy place to sit. An antiques shop, the only one we know of in the area, with a lot to tempt you, ranging from trinkets like the beautiful door knockers shaped like a hand or whatever, to paintings, furniture and doors. Stelios's philosophy is that he never throws anything away, so he creates tables of old doors, and chairs of old shutters, just to name a few. You can buy new pottery, jewellery, art and copies of Greek statues, there are literally thousands of things here, both new and old. Stelios can even make furniture especially for you, exactly the way you want them, and ship them to your home. If you are in the area over an extended period, you can even attend pottery classes. Furthermore, there is a gazebo slash wellbore in a Silo, and the most amazing toilet we have ever seen. Yes, really.

Silo is located near Mykines, on the main road between Nafplio and Mykines, near Monastiraki. Look for the Trojan horse, and you can’t miss it!

A Trojan horse, good coffee and a skilled artisan 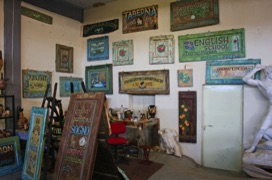 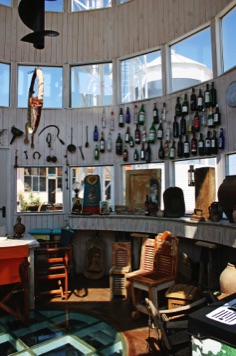