Lerna (or Lerni), near the village of Mili, southwest of Nafplio, is a unique little place, even in Argolis. Because chances are you have not seen many houses as old as this before - and certainly not made by clay tiles!

Lerna has layer upon layer of settlements. People have lived here from the Neolithic period, around year 7000 BC, which is the time people first settled as farmers. We can see the remains of a wall from a Neolithic house in Lerna; it’s at a considerably lower level than the rest of the buildings here.

The most interesting for us is probably the so-called House of the Tiles (main picture). This was a two-storied palace from around 2500 BC, built partly of terracotta tiles and with tiles on the roof. The palace was destroyed in a fire sometimes in the 22. century BC, and later covered with a huge burial mound. We can see the remains of the wall (tumuli) that surrounded the burial mound, and two tombs, located inside the palace. This is actually a part of the largest areas of prehistoric burial mounds in Greece (a total of approx. 180 sq. m).

Furthermore, we can see the remains of a city, with small two-and three-bedroom houses, and the narrow roads that ran between them. Some big clay pits (bothroi, pictured above) are dug into the ground in several places. Archaeologists don’t agree on what they used to be, perhaps they were made for food storage, perhaps they were baking ovens. Later they were used as rubbish bins. 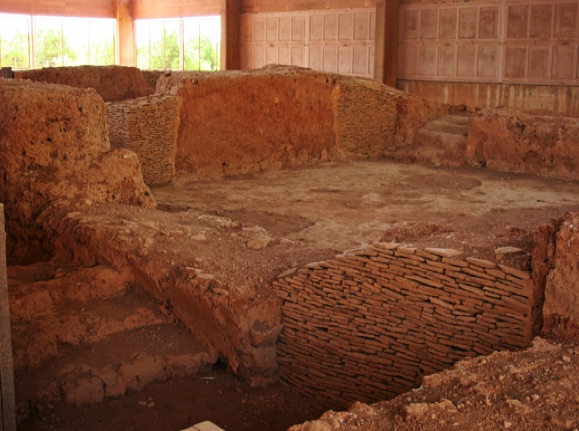 The palace and the house of the first farmers 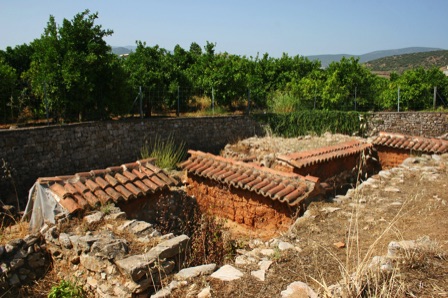 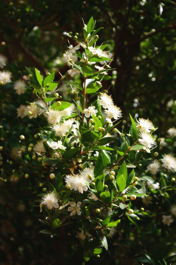 Many beautiful artefacts have been found in Lerna, and you can admire them in the archaeological museums in Nafplio and Argos.

There’s not much information to find at the site of Lerna, but more than there used to be if you were here some years ago. The buildings and walls have information about what you see and brief histories. It also might be useful to know:

The little gravel road that leads to Lerna is not so easy to spot, so watch out for the sign. It’s not exactly the road you’ll expect to find, leading to one of Europe's oldest and most beautiful settlements!