Have you heard of geomythology? Me neither, until I came across the story of Poseidon's birthplace. This is a story not necessarily interesting for everybody, and not an attraction in the traditional sense. Will you come with me anyway?

The lowest-lying parts of the Tripoli plain would probably have been a lake, had it not been for all the water that runs down there from the Arcadia mountains disappears into the ground by Nestani. From there the water stays some days underground, floating down to an area near Kiveri, where it comes back out in the sea. Some spring days you can clearly see a spring of water rising from the sea, other days you can just see a ripple in the ocean surface, like in the picture above. The picture is thus taken where the water from the plain close to Nestani comes out - but not only that, mythology says that the god of the sea, Poseidon, was "born" just there.

Genesion it’s called, it means place of birth, while the spring is called Mikros Anavalos. When the goddess Rea gave birth to her son Poseidon, she had to hide him from his father, Kronos. Kronos, who was king of the Titans, was afraid that his sons would steal his position, so every time Rea bore him a son, he ate the baby. Rea told Kronos that she this time had given birth to a foal, and hid little Poseidon by a sheepfold. The geomythological theory is that the sheepfold was next to the sinkhole in Nestani, and that Poseidon was taken underground and came up again at Genesion, where he was first seen by us mere mortals.

Poseidon is one of the twelve Olympian deities, he is, appropriately enough, the god of the seas, and is also called the "earth-shaker" because he causes earthquakes, and the "tamer of horses". Poseidon could create good sailing conditions, and to be on the safe side horses were sacrificed to him, because when Poseidon was in a good mood, the sea was kind. Plenty of horses were sacrificed at his birthplace at Genesion near Kiveri, and close to the village of Milia on the Tripoli Plain, there has been found the remains of a temple associated with horse sacrifice, Ippios Poseidon. (Ippios - of the ancient Greek word for horse).

Poseidon is also the father of Nafplios, the founder of Nafplio. A few meters from Genesion is a place called Apovathmi, and here Nafplios' mother, Amymoni, came ashore after she and her 49 sisters arrived in Greece with their father after the exodus from Egypt. You can read a little more about that here. 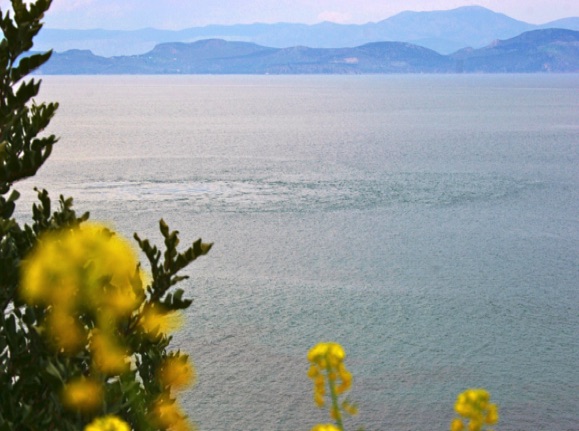 From ancient Nestani down towards the Tripoli plain. 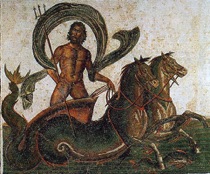 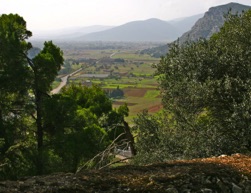